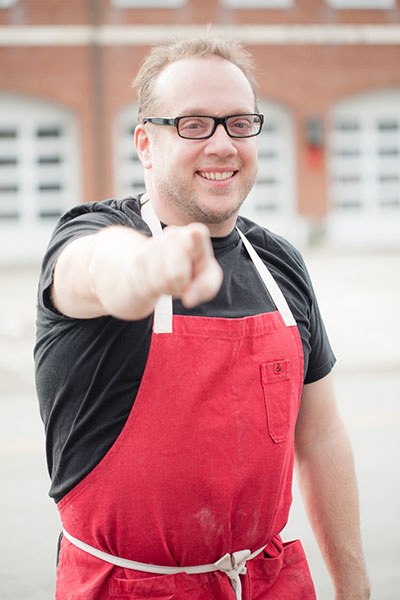 Amore’s menu features vibrant interpretations of some of Bruno’s favorite Italian dishes in addition to his popular Pizza Romana, a square pie that uses the “Poolish” dough method of a 72 hour fermentation process and is cooked in a gas-fired brick floor oven.  From the wood-fired pizza oven comes Pizza Napoletana, the style of pizza that first won Bruno The World Pizza Cup in Naples, Italy in 2008.  The dough method is "in giornata", which means it’s made and used in the same day, mixed, cut, balled, and matured during an eight hour fermentation process at room temperature in Neapolitan wooden dough boxes.   The pie is blistered / charred by the 900 degree Cirigliano wood burning oven, which gives it its great flavor, and a sixty second cook time leaves the integrity, chewy texture and essence of the ingredients intact.

Amore Cucina & Bar has been tastefully redesigned, utilizing a rustic palette of exposed brick and distressed wood. A large bar area now accommodates 30 people and features a well thought out wine list with a concentration on Italian varietals, creative cocktails and craft beer. Dining capacity for up to 60 is set amid a casual trattoria style interior of wood furnishings, subdue lighting and a sociable communal farm table. A large patio during the warmer months welcomes over 40 customers.

Bruno DiFabio
He’s been called a “Pizza Geek”, “Dough Boy” and “The Fastest Pizza Maker in the World”, but ultimately Bruno DiFabio is a leading pizza authority who continues to hone his craft.  Bruno has been coaching chefs from around the world in the art of pizza making for over 10 years, focusing on pizza technique, the scientific principles of dough making, theory, and the history of pizza. Bruno is the owner of The Academy of Pizza Science, a consulting company which focuses on empowering and providing the tools needed for new and burgeoning pizza restaurant owners to thrive in what was a $38 billion dollar industry in 2014 (reported by the National Restaurant Association). The Academy of Pizza Science is dedicated to the advancement of independent pizza makers worldwide. Bruno’s mission within the pizza industry is the same which applies to his growing restaurant empire; to continue to learn and be impassioned by the many nuances which make pizza one of the most popular food choices across the globe.

“In Pizza, I realize I have thirty years in and thirty more to go, further dedicating myself completely to the study of this great craft.”